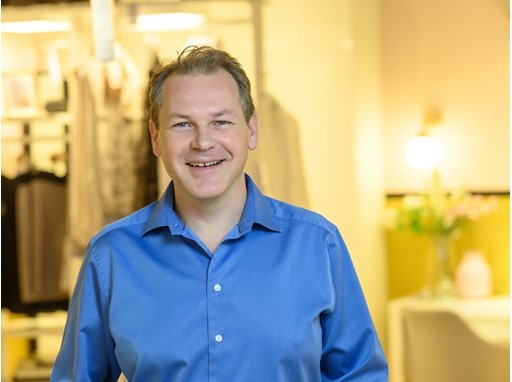 Today Inter IKEA Systems B.V. announces Konrad Grüss will become its new Managing Director. Konrad will start his new role as per 1 June 2020. He succeeds Jon Abrahamson Ring, who will become CEO of Inter IKEA Group as per 1 September.

Inter IKEA Systems B.V. is the owner of the IKEA Concept and worldwide IKEA franchisor. Konrad Grüss is its Global IKEA Expansion Manager, and he has been acting manager for the franchise business since February 2020.

“I am happy that Konrad has accepted the role as Managing Director for Inter IKEA Systems. He brings a wealth of experience, expertise and knowledge of the IKEA business and franchise system to this role. He has a great ability to connect people and business, and he has a genuine passion to continue to develop the role of IKEA franchisor”, says Jon Abrahamsson, Deputy CEO, Inter IKEA Group.

Konrad has rich experience from throughout the IKEA franchise system. He started his career in the IKEA store in Leipzig in 1994 and later served as Business Leader for Kitchens in IKEA of Sweden and as Deputy Retail Manager in Russia. He joined Inter IKEA Systems in 2015, where he has held various management roles.

Konrad most recently served as Global IKEA Expansion Manager. Under his leadership the IKEA franchise system expanded to include more than 50 markets.  Inter IKEA Systems also on-boarded Falabella – a new IKEA franchisee – which will bring IKEA products to South America for the first time.

“I am very humbled and honoured to get the trust to lead the global IKEA franchisor and build on the strategies that we have developed over the past few years. I look forward to working together with IKEA franchisees, the different IKEA companies and core businesses to build an even stronger global franchise that is able to improve the lives of the many people, wherever they are,” says Konrad.

In his new role, Konrad will be responsible to lead the development of the IKEA Concept and ensure its successful implementation in existing and new markets. Building on established strategies and recent achievements, he will focus on further clarifying the role of the global franchisor, simplifying Inter IKEA Systems operations and strengthening collaborations across the IKEA network based on its strong culture and values.

Konrad’s successor as Expansion Manager will be announced within the nearest future.