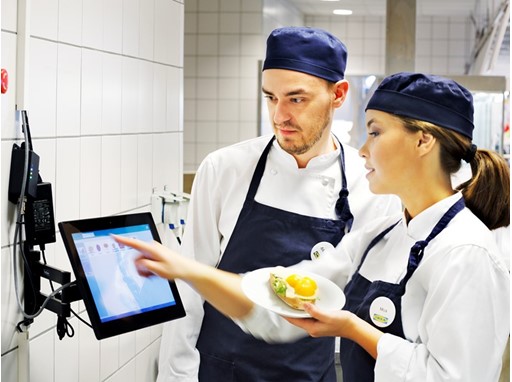 Another milestone towards reaching the goal of reducing food waste at IKEA by 50%.

With more than 420 stores in 52 markets worldwide IKEA is now two years into its ambitious program where the goal is to diminish food waste in all the IKEA stores by 50% before end of August 2020, the end of the IKEA fiscal year. The results so far are promising. More than 1.4 million kilos of food have been saved since the program started which is equivalent to more than 3 million meals.* With one third of all food harvested and produced in the world being lost or wasted every day IKEA wants to inspire and enable people to change their behavior when it comes to food waste, starting in the IKEA kitchens.

Through a smart scale solution, food waste is measured and registered in the IKEA restaurants and bistros. More than half of all IKEA stores have implemented the solution while others are preparing implementation.

In this first phase of the project the focus has been on actions to diminish the food waste that occurs in the daily operation in the stores. That has resulted in new ways of working in many IKEA kitchens and there are already examples of stores that have diminished their food waste by 50% or more.

“In most cases we see immediate results when the co-workers start to work with the program. We have also registered that stores that have been working with the program from the beginning maintain the low waste level which is a strong indicator that the program leads to a permanent waste reduction.” Says Michael La Cour, Managing Director at IKEA Food Services AB.

As a next step in the program we are looking at how to diminish the food that customers leave on the plate after enjoying a meal or a snack at IKEA. An initial study done in selected IKEA stores gives a strong indication that through a combination of actions plate waste can be radically reduced: small changes in operational ways of working combined with raising awareness about food waste amongst customers as well as co-workers are the key drivers for positive change.

“We believe that setting short term actionable goals are important when tackling global challenges such as food waste. We knew from the start that this would not be an easy task. Even though the results are good there is still a lot to do before we reach our goal and we will work hard to get there because we truly believe that food is too precious to be wasted.” Michael La Cour says.