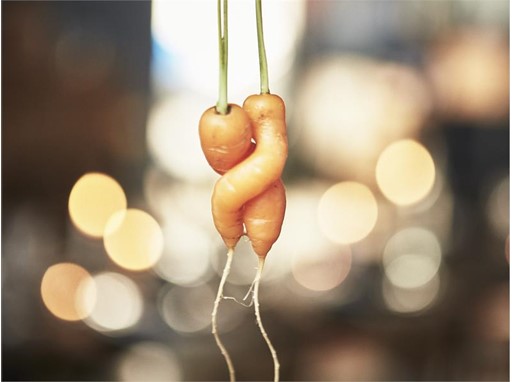 The IKEA initiative, Food is Precious, aims to cut food waste in its food operations by 50% by the end of its fiscal year 2020. A smart scale solution, measuring wasted food and its sources, enables IKEA co-workers to find clever ways to prevent food waste. So far over 20% of the IKEA stores have implemented the solution which translates into 176.000 saved meals. Annually, 650 million guests enjoy IKEA food in almost 400 stores in 48 markets. IKEA is also announced as new member of Champions 12.3, the global coalition for food waste hosted by the World Resource Institute.

Every day, about one third of all the food harvested or produced around the world is lost or thrown away. That equals about 1.3 billion tonnes of food wasted per year, at the same time one person out of nine of the world’s population go hungry. One-fourth of the food currently lost or wasted globally could feed 870 million hungry people in the world.

Being careful with resources is a core value for IKEA and food is considered too precious to be wasted. Through a smart scale solution, food waste is measured and reported in the IKEA restaurants, bistros and Swedish Food Markets. The smart scale solution is built of a touch screen connected to a floor scale that carries a waste bin to measure food waste. The data collected helps identify ways to prevent food being thrown away.

The overall goal is to cut food waste in the IKEA food operations by 50% by end of August 2020. By May 2017, 84 stores, over 20% of all IKEA stores, have implemented the food waste system, so far resulting in a reduction of 79.200 kg food waste, equal to 341.000 kg CO2 saved, which corresponds to 473 flights between Stockholm and London. The solution is being rolled out in the IKEA markets step by step, with start in December 2016. A co-worker survey performed at stores by roll out, shows that over 70% of the food co-workers are proud of the initiative and 50% are taking measures also at home to decrease food waste.

"It is very encouraging to see the initial results of the Food is Precious initiative! Thanks to engaged co-workers and the measuring solution, we see up to 30% food waste reduction already after a few months. I am following the development closely and hope it can encourage others to start thinking about food as a precious resource", says Michael La Cour Managing Director IKEA Food Services AB.

"Members of Champions 12.3 are leading the world in addressing food loss and waste. The power of this unique coalition is that it brings together high-profile leaders from a range of sectors impacting the global food supply to motivate and demonstrate that reducing food loss and waste is possible and necessary", said Liz Goodwin, Senior Fellow and Director of Food Loss and Waste at World Resources Institute, the co-secretariat of Champions 12.3. "As a Champion myself, I’m thrilled to have Michael and IKEA join our ranks."

"We all need to unite in the food waste fight. I am delighted that Michael La Cour is joining the Champions 12.3 coalition and look forward to working with IKEA on reducing food waste. Only by businesses, governments and citizens coming together and taking action can we tackle what is a key issue of our generation", says Marcus Gover, chief executive, WRAP.

Almost one billion people visit the IKEA stores worldwide every year. With the global reach of IKEA, we have a great opportunity to inspire people to think differently about food waste and incorporate sustainability into their everyday live – true to the IKEA vision of creating a better everyday life for the many people. Through the IKEA home furnishing range customers can find solutions to sort waste more easily and keep leftovers fresh longer in aroma-tight food containers.