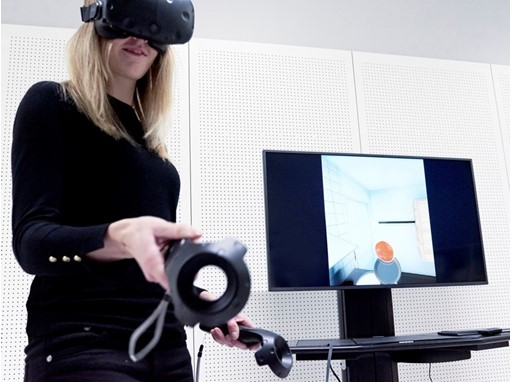 IKEA is exploring how home furnishing knowledge can be transferred by using virtual reality. The virtual reality app ‘IKEA VR Pancake Kitchen’, available on Steam as of May 30, has been tested in three IKEA stores, and one IKEA service and pick-up point since end of February of this year.

“We have almost exclusively received positive reactions from our customers and sales co-workers during the test-period. By launching the new experience on Steam, we invite the virtual reality community to provide feedback, and hope to receive new ideas on how to further develop it,” says Andreas Stillborg, project leader for virtual reality in the IKEA Planning Experience Programme at IKEA of Sweden.

In the IKEA VR Pancake Kitchen, the user will explore a virtual kitchen by making pancakes. Since the store tests began in February, the experience has been updated with several features. One recently added feature is testing the user’s multitasking abilities by frying pancakes in four pans simultaneously. The voice guiding the user through the experience belongs to Anders Grafström, Range Communicator for Kitchen & Dining at IKEA of Sweden.

“Buying a new kitchen is often a big investment and we want our customers to feel confident about their purchase. We believe in virtual reality as one of several tools that will support people in realizing their home furnishing dreams,” says Anders Grafström.

April 2016, IKEA launched its first virtual reality app on Steam called ‘IKEA VR Experience’. Many people contributed ideas on how to further develop the app, while IKEA updated it accordingly. This knowledge has been of great value when developing the updated pancake kitchen.

“We strive to be in the forefront of the virtual reality development, finding new ways for our customers to interact with IKEA and our product range. Parallel to this, we are exploring more ways of making it easier and more inspiring to plan and design a home,” says Andreas Stillborg.