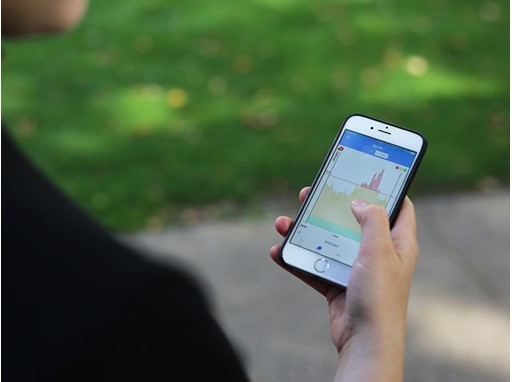 An air survey, released by IKEA, finds that people around the world underestimate the threat of air pollution in their homes. In reality, indoor air pollution causes more premature deaths than outdoor pollution. By sharing the survey, IKEA wants to raise awareness around air pollution.

IKEA works in a number of different ways so that everyone can live a better, healthier life in their homes. Giving people access to clean air is a priority. The air survey, released by IKEA, was done to better understand how people around the world relate to air pollution and how it affects their daily life. It includes interviews with 18 air pollution specialists, as well as a qualitative survey conducted in India, China, UK, Germany, Poland, Italy and the US.

“Since air pollution is one of the biggest health risks globally, we needed to gain a better understanding of how people relate to air pollution, as well as their needs and dreams when they think about clean air. These insights helps us find opportunities to tackle the challenge ahead,” says Nanette Weisdal, development leader within sustainability at IKEA Range & Supply.

In the first part of the survey, people were asked about their views on air pollution. In the second part, they were given a portable pollution sensor and instructions to bring it with them in their daily lives. All participants were surprised to find how high the pollution levels were in their particular neighbourhood and in their homes.

"We discovered that most people underestimate the threat of air pollution, simply because they can’t see it. We also found a general preconception that air pollution happens outside, rather than inside. In reality, many of the most polluting gases are invisible and in some places in the world, pollution is five times higher inside than outside,” says Nanette Weisdal.

One other major finding in the survey was that the data from the pollution sensor, coupled with the most up-to-date information on indoor and outdoor pollution was enough to change people’s views and behaviours.

"As an individual, it is easy to feel overwhelmed and powerless by such a huge problem. But in fact, there are many small changes that everyone can make, which can have real impact on air quality. All the participants in our experiment changed their behaviour once they had that awareness. Hopefully starting this conversation will have a ripple effect," says Nanette Weisdal.

According to the World Health Organization (WHO), air pollution is estimated to kill 1 in 8 people globally, due to heart disease, stroke, respiratory disease and cancer. That’s why giving people access to clean air is a priority at IKEA. For a number of years, IKEA has been focusing on reducing air pollution from its own operations and products.

"We are phasing out hazardous chemicals and tackling greenhouse gas emissions. We have also successfully lowered formaldehyde emissions in our wooden furniture and removed harmful flame-retardants from textiles to improve indoor air quality in our customers' homes. Our next step is engaging with people around the topic, and this survey is the beginning of that journey," says Nanette Weisdal.